From the Urban Dictionary:

Freeloader = Someone who is happy for other people to buy them things but never pays them back or returns the favor.

Aren’t most hams freeloaders? Are you a freeloader? I am sometimes. Once in a while, usually when the old year goes and a new year comes, my conscience acts up. And then I pay for my indulgences. So I can keep on freeloading for another while.

Should I renew my ARRL membership?

A year ago I figured out that my ARRL membership became useless. I decided to let that 60-70 US$ flow back to the people who actually do something for me without me returning a favor as such. DXpeditions do something for me. While I’m not a DX chaser for the rankings I really do like working DX. People who go to rare places invest a lot of their own cash into the project. I’m not talking about that once-in-a-decade mega-endeavor. I see many callsigns returning there every time. I guess that if you can buy your way into such a thing every two year or so, your wallet can take a beating. I’m mostly referring to those semi-rare African or Pacific stuff. With smaller teams and less exposure and sponsoring.

So I took a look at what DX I worked in 2018. And I decided to use OQRS for a direct QSL and round up the amount with a Dollar or Euro or two. Or more in some occasions. Yes I know I said I don’t collect QSL cards anymore but I do like to have cards for those exotic locations. 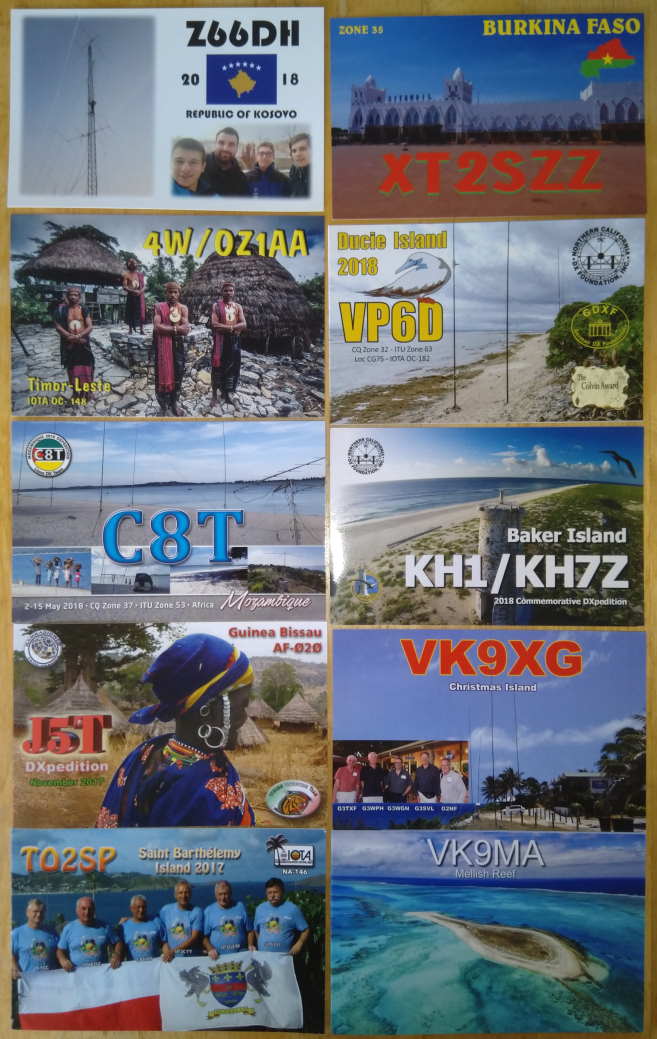 Apart from DXpeditions I sometimes donate a few golden ducats to ClubLog. They keep the DXpedition logs online and provide the OQRS infrastructure. For free and without any ads on the site. At least not to my knowledge?

And I support CW Ops too. Too bad only with my small membership fee as I don’t have the time to participate in their many activities. Choices have to be made…

Life in the 21st century is expensive. Some aspects of our hobby are expensive. Probably just like you, I have only so much money to spend on ‘useless things’. We should not pay for people to get on the air because after all it’s only a hobby. But I think it’s only fair that if we want people to move half a ton of stuff on a small airplane or boat, or five tons on a big cargo vessel that carries an helicopter, we should chip in so they can keep on doing so. What fun would our hobby be if we wouldn’t have the occasional DX to chase or exotic contest multiplier?

Don’t be a freeloader. Support the scene!