Published October 24, 2018
I wrote this almost four months ago (and said thanks) but never got around to posting it. That’s how busy I am and how far this ham radio hobby in general has moved to the background… This week the mailman knocked on the front door… No it’s not a knock-knock joke. We used to have a doorbell but I haven’t hooked it up after last year’s renovation. Turns out you don’t really need a doorbell if you have an easily triggered four pawed alarm. I digress – so the mailman knocks… 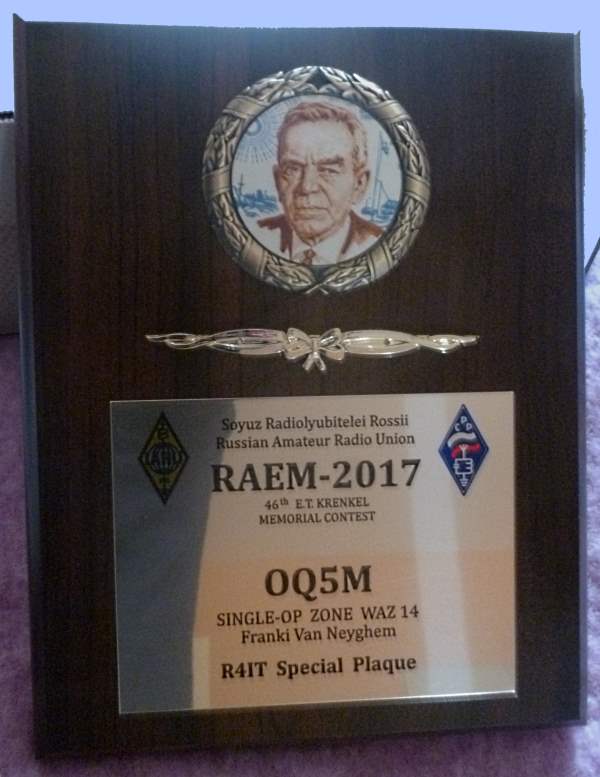 I was expecting parts from Russia for (yet another probably never finished before retiring) small project. Sure enough: there was a small parcel from Russia. But he also held a bigger parcel. I noticed its origin right away: also from Russia. Nice stamps! 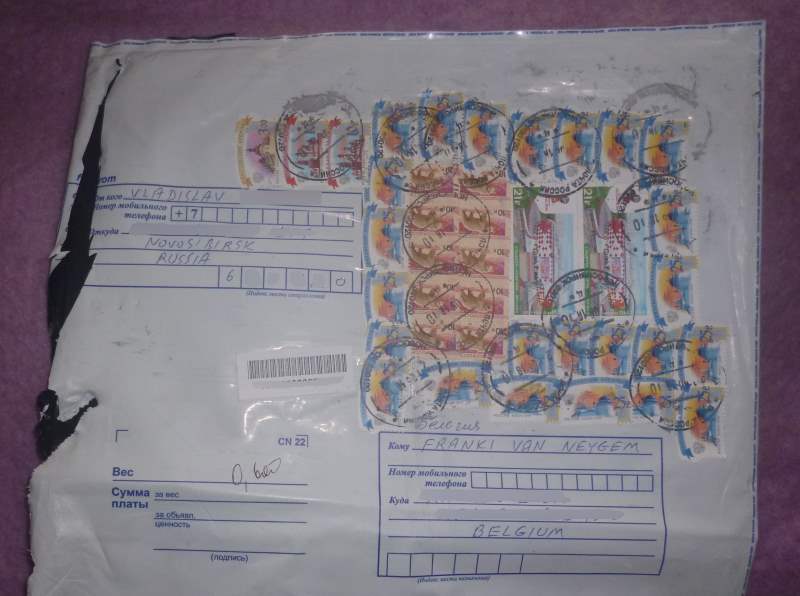 Unexpected but then again not a total surprise: a contest plaque for the 2017 RAEM contest. Again: z14 winner. Got one for 2014 and one for 2015. I reluctantly skipped 2016 because it fell on Christmas day which in the end is a family day. And I decided to spend more hours in RAEM2017. This was a special edition. I was working the contest with my 8 y/o son next to me. I couldn’t really interact because RAEM is a busy contest and you need all the focus because of the juicy QRQ exchanges. But he got curious and later on I told him the story of Ernst Krenkel and his RAEM radio station. The story and images can be found here: http://hamgallery.com/Tribute/RAEM/krenkel.pdf I got away with this because my firstborn has a deep interest in all things history: an ancient Greek legend, a medieval saga, the life of Charles Lindbergh on National Geographic, WW II trivia.. This old story was the link between his interest and mine. And now Ernst Krenkel temporarily shines on top of the dresser in the living room. Until the XYL decides my fifteen minutes of ultra-local fame are over and the plaque has to move to the shack. Actually it had to move one story higher because of the living room makeover in August. Thanks to the people running the RAEM contest and R4IT for sponsoring the plaque.