I can’t believe it’s been almost five years already that I homebrewed a solution for my main K3, the one that drives the Big Amp (tube amp). Read about it here.

But recently I have been heavily using the second K3, the one that drives the sMALL aMP (Elecraft solid state). I think that outside of the contests 500W is enough and I like the no tune approach of the solid state amp technology. It really feels like using a 500W transceiver. And its fans make little noise compared to the jet engine sound levels of the OM-Power. 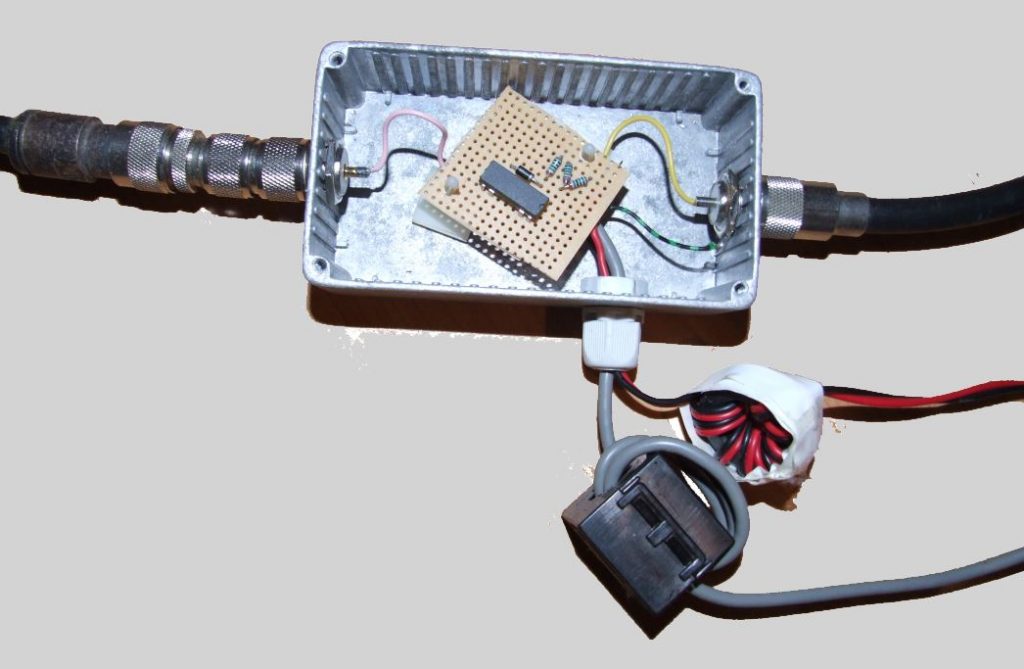 The project got built with leftovers and junkbox treasures (except the reed relay of course).

This second rig doesn’t have the second RX option installed but it has the AUX RX input. I recently made a 30m antenna that is too close to the RX loop so when using the receive antenna on the 10.1 MHz band, the rig starts rattling all over as soon as I key it. Problem is known, solution is known, it’s just a matter of building it. And so I did. After all, the parts have been collecting dust since late 2013. 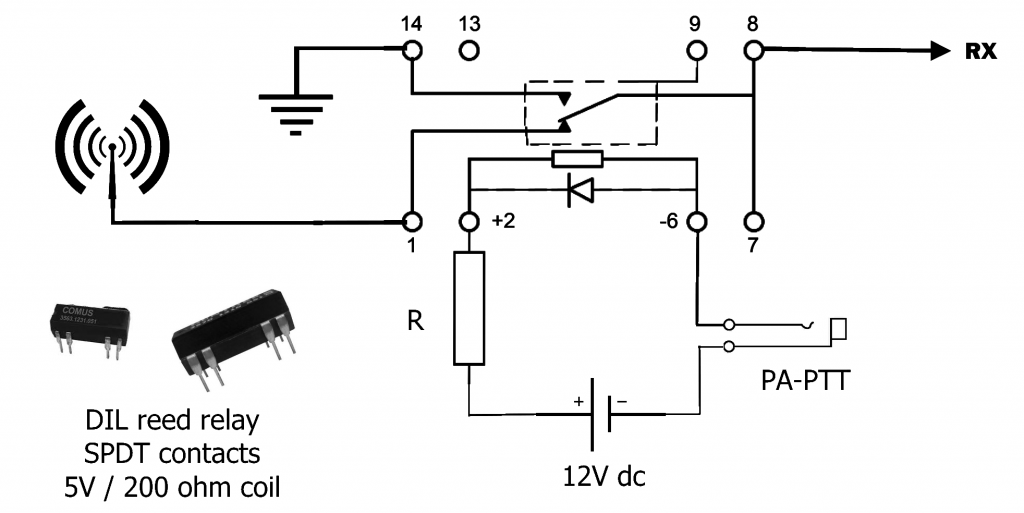 I use the microHAM MK2R+ PAPTT output to actuate the reed relay when the rig is in TX. It then opens the RX path from the antenna and shorts the transceiver’s RX input to ground. Simple yet effective.

The only thing left to do is change the jumpers inside the MK2R+ so that the PA PTT is keyed with solid state (transistor) and not with the electromechanical relay. This way there isn’t the clicking of the relay when it is engaged or disengaged. The noise kinda bothers me because in contesting there is a lot of RX-TX switchover action.