The quest for a compact yet performing way to raise wire antennas’ feed points over 15m high for field day.

Or for an IOTA expedition to EU-xxx? First some historical facts.

2001-2002: My first steps in HF contesting. What can be used as a small mast but is stronger than fiber glass fishing poles? Telescopic aluminum tubes, clamped to pole in parent’s garden. Take small ladder, pull upper tube out, tighten clamp’s bolt, pull out second section etc. There were seven tubes so six sections to lift. I could go almost 10m high but when the load was heavy, this became impossible. I could raise a three element yagi for 28 MHz like this, but I am known for having strong arms. Not for weaklings.

2003-2004: We bought the house and I brought the telescopic mast here. It held a four band fan dipole about ten meters above the ground. I put it in the center tube of a solid tripod that was used to mount satellite dishes to. This support was bolted to six concrete blocks each weighing fifty kilograms. Then came the big tower and this system took a break.

June 2006: This system got hauled to OT1A’s place for field day. We tied it to a post driven into the ground or something. Ten years is too long to remember details.

2006-2009: The system became my 80m inverted L with two elevated radials. On top of the aluminum push up mast,  I put another few meters of fishing rod. Pushing this up contest after contest was a real pain and caused some strained muscles and bruised flesh. On one or two occasions I lifted a section a bit too high so it got pulled out of the bigger section underneath. Result: mast down and torpedoed into an adjacent lot. I had drawn lines on it to see what the limit was, but these marks faded…

2009- 2011: Not used. Only touched to move from one corner to another whenever it got in the way. On one occasion I did use it though: 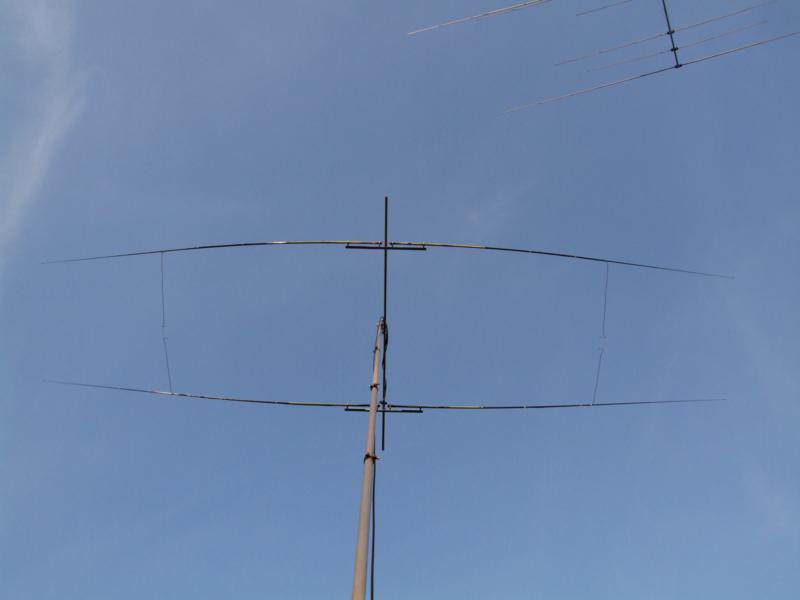 June 2011: Dragged everything to OT1A’s again for field day. This time with tripod and concrete blocks. There we faced a major problem. If we assembled the mast horizontally on the ground and tightened all the clamps, it was too heavy to raise and put into the tripod’s tube. And the tripod could not be turned upwards with a few hundred kilograms of concrete on it. If we did it the classic way, pushing up section after section, it became too heavy to hold and some clamps couldn’t be tightened enough. We wasted a lot of time and energy there. Bottom line: if this stuff was to be used, a better system had to be found/bought/made.

Summer 2013: I wanted a system to put up a second antenna for contesting. And maybe hold a temporary thing for 50 MHz. So a plan hatched. I couldn’t weld and didn’t want to ask my dad anymore. He’s done with welding at 77. But maybe I could bolt something together? I bought a 50 cm by 50 cm plate that is 10 mm thick. I drilled holes to put ground stakes through, and bolted two pieces of angle to it. This was the hinge point for the aluminum mast. The benefit of laying it on the ground was that I could replace the tightening clamps with two simple bolts. This way the sections could not collapse anymore because two bolts ran through the joints. One summer evening I was able to test this and it worked. There I stood, with an erected pole in my hands. Pun intended. But was of absolutely zero practical use. I had to keep my hand on it. Why? Ground stakes too flimsy. Maybe guy it? And by all means the small two element yagi for the 6m band was way too heavy for this. If I wanted to realize this system and make it usable, I would have to weld and use more and heavier steel. And a winch. And so I bought a small inverted type welder and enrolled in an evening course ‘welding for beginners’.

First I got a trailer full of metal. I welded a two meter long U-profile (110 mm width) to the 500x500x10 mm base plate. This held the winch. I reinforced the corners with gussets and provided two holes to fit a length of threaded rod. That goes through the bottom of the aluminum mast and is the hinging point. I made a wheel and put that on top to guide the steel cable for the winch.

Four 14mm rods held the thing in place when hammered one meter deep. It was very conceptual and certainly not to welding contest winning standards. But it worked, proven to be strong enough and I had made it completely on my own. The ground stakes were again on the light side, especially when winching up and down. So I used some bags of sand as additional weight. 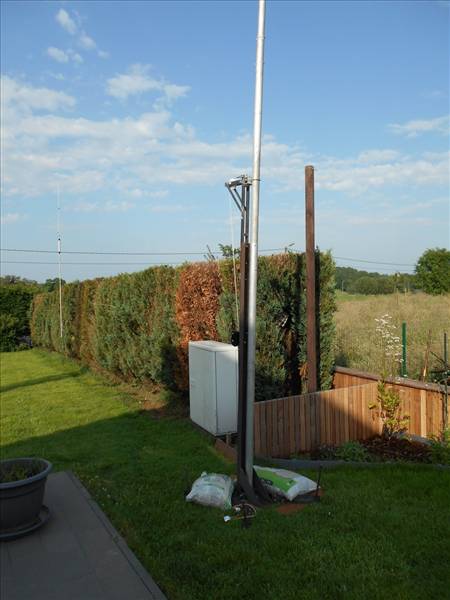 2015 Field Day. The system got put to the test with a bigger ground plane (50cm long angled profile 50x50x5) for more stability. OT1A was amazed to see how fast we put everything up, and more important: without any effort or problem. I even added three meter of length to the aluminum mast with some extra sections. And I provided a pulley to lift the antennas after the mast was up and guyed. That way winching it up would cause less stress on the mast because it was lighter. The system was a winner. But it needed refinement and a few layers of paint.

This is it. It works. It does a field day job. It’s solid. As always many things could be better. It is a prototype after all, designed and made along the way. Because there is three years of welding epxerience in it, I can clearly see how my skills have improved. Practice makes perfect. If I ever build another one of these, it will be bigger and better. But for now, it will have to suffice. 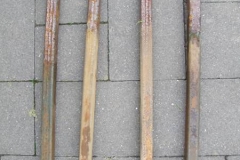 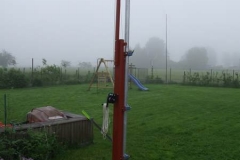 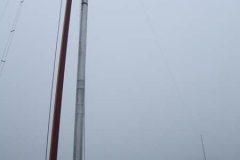 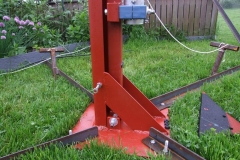 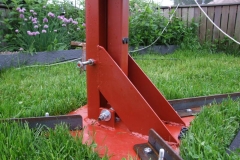 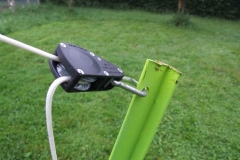 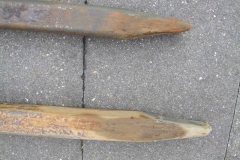 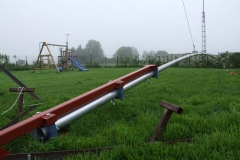 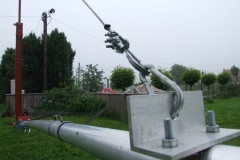 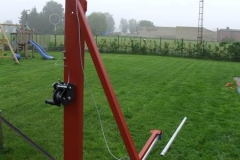 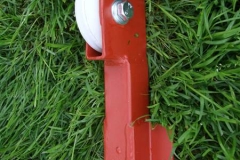 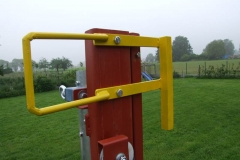 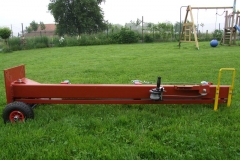 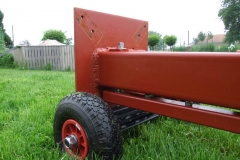 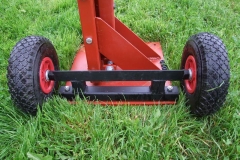 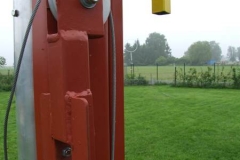 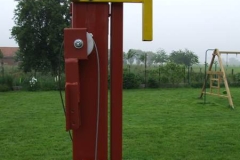