Thursday morning I posted this new year’s resolution: ‘A permanent WARC antenna is a priority for 2014.’ Never has such a resolution been executed so fast. In the afternoon of that very same day push came to shove and I made the most of a dry and reasonably wind still afternoon. BTW it has been raining a lot lately and there has been a lot of strong wind too. The antennas up the tower (although it’s cranked down) have been taking quite some beating.

When it comes to a permanent WARC antenna, a two (three?) year old plan hatched. I just took the not-toasted-half of my old WARC rotary dipole, cleaned it up and used the WARC inverted V triband antenna as not-so-elevated radials. The trap limits the power to 500W which suits the KPA500.
There still was the wooden post that held the 40m vertical (2006-2011) so I only needed to adapt and mingle some hardware. I have a huge stock of bolts, nuts, washers, clamps, plastics, aluminium, impregnated wood – I can complete most small projects without running to a hardware store.
I bolted the Fritzel clamps on a pretty thick piece of plexi glass that in turn got mounted on the bolts that kept the 40m vertical… vertical. A quick measurement with the dipole-converted-to-radials suspended low in the trees showed reasonable low SWR though the real resonance dips were below the desired frequencies and out of band. I figured the losses of the stretch of coax to the shack would probably present a lower SWR on the TRX-amp side. This turned out to be true however the amp tripped on 12m. But the concept worked and I heard signals.
So I decided to turn the hastily assembled ‘proof of concept’ setup into a mid-term temporary setup before sunset by rearranging the wire connections at the feed point and straightening the radials. This made resonance shift up, lower the SWR within the band and solve the amp tripping problem.
Since the proof is in the eating, I tried working some stations on the WARC bands. A SV5 on 30, not much heard on 12 (because A=12 and K=3?) and W1AW/4 on 17. I called CQ and RBN showed that only W3LPL picked up my signal on 24.9 MHz. On 17 my CQ was answered by a handful of Americans and a VE7.
Apples-oranges; this is not the best antenna but any antenna beats no antenna. It was cheap because made of surplus parts, did not take long to make and get working, is unobtrusive and has a low wind load. Now let’s see what can be done with it.

A) Not knowing that a situation might lead to a problem. This ignorance thus leads to completely not taking any precautions to prevent the problem. Blessed are the poor in spirit.

B) Knowing and acknowledging that a situation might lead to a problem. Estimating the odds for the problem to occur pretty high. Nevertheless put your head in the sand by thinking you will get away with it thus completely not taking any precautions to prevent the problem. Hope is a good breakfast, but it is a bad supper (Francis Bacon).

B is worse and I’m guilty. In the first degree. I knew what was coming. The vertical is made of half a dipole. Dipoles hang horizontally thus dipole traps and tubes have drain holes facing down. When you put this assembly straight up vertically, the drain holes are facing to the side thus exposed to wind and rain. Furthermore the lack of drain hole facing down prevents any accumulated H²O from dripping away. Keeping the inside of the trap dry is impossible. I knew this. I acknowledged it. But I thought I would get away with it because he trap is covered (sort of) by a tree and the holes are pretty small. Enter extreme WX phenomena.

Yesterday evening the SWR on all three bands had risen dramatically. I blamed the weather. The wind will have blown the radials out of the trees thus messing up resonance. Not so. The wires were where I had put them earlier. Of course the trap will be soaked and I did not get away with neglecting the exposed drain holes.
This afternoon I went outside and shook the tube. Water was spilling through both holes which means the trap is soaked. Stupid me! I took it down, emptied the trap, blew it dry and then taped all joints and the drain holes. I drilled a few 3.5 mm holes in the plastic sealing cap on the side pointing to the ground. So the trap can breathe and moist can escape from underneath. SWR now once again OK. But for how long? Traps suck.

Here are some pictures. Not my best exposures but you get the idea. 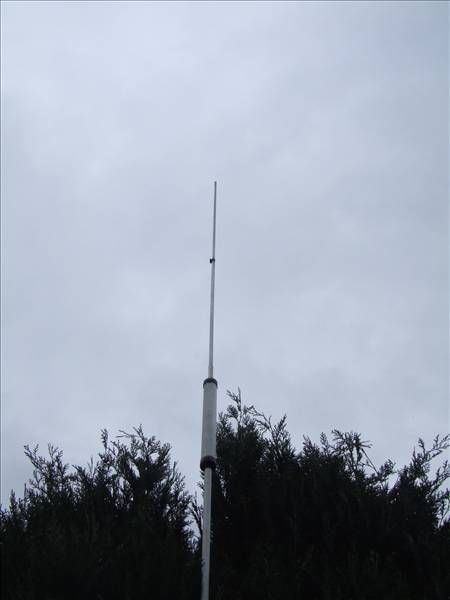 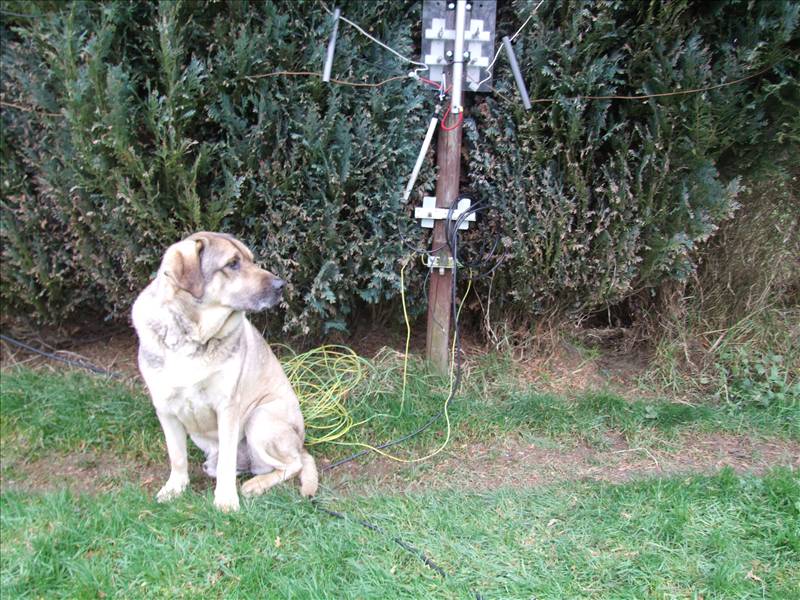 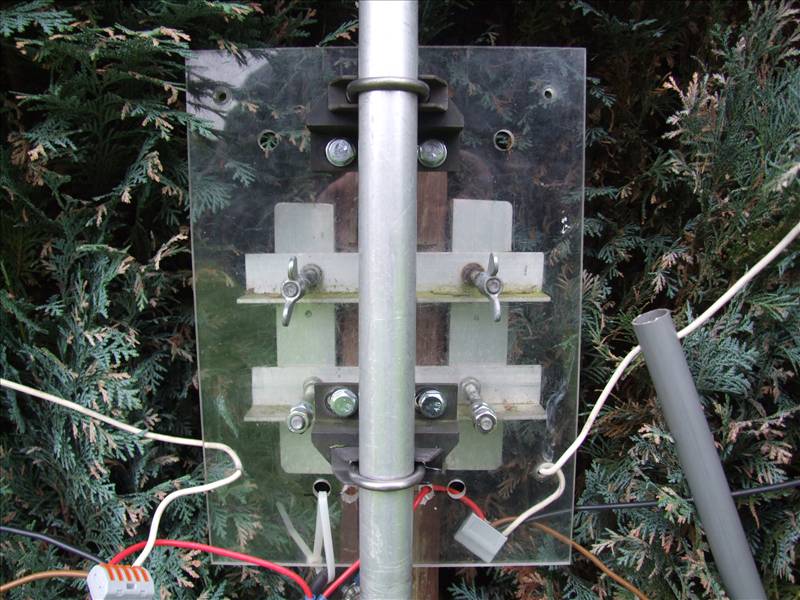 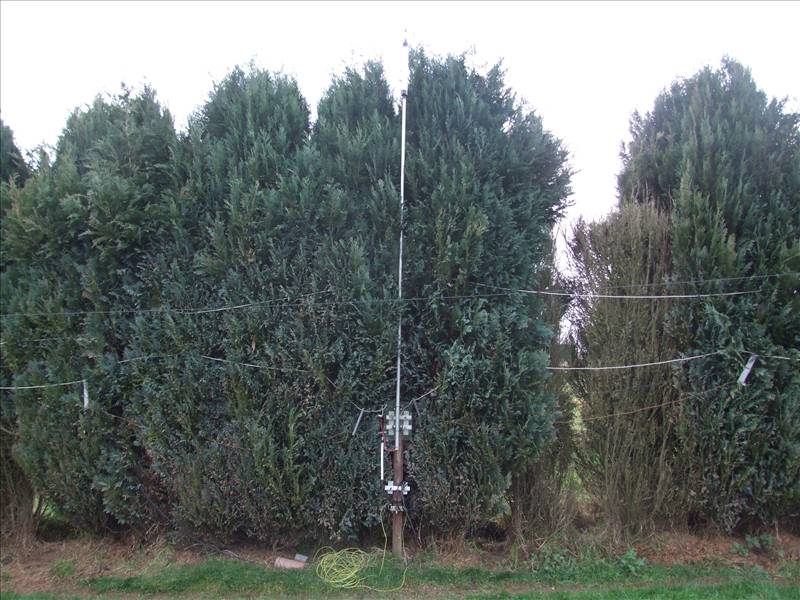 2 Responses to A permanent WARC antenna